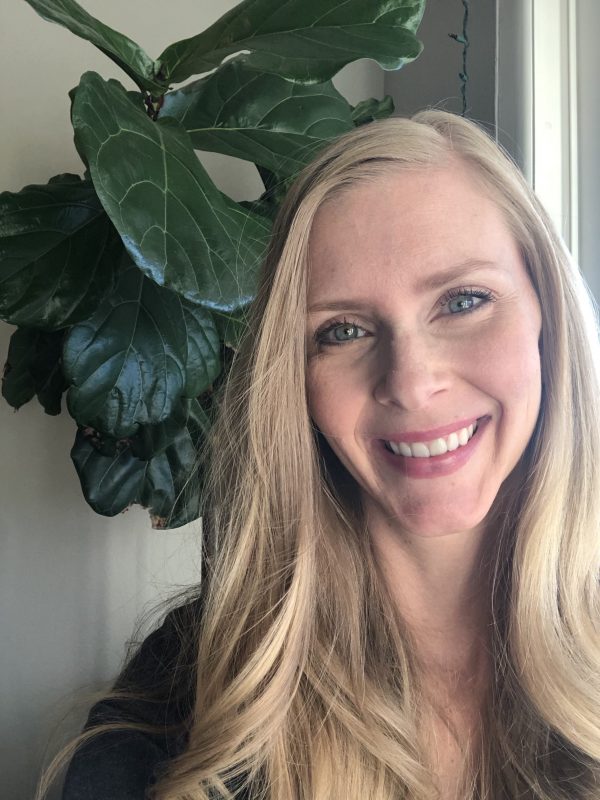 04 Sep Was it ever really PCOS?

After stopping birth control at 25 years old, I didn’t get a period for almost 6 months.

My acne was the worst it had ever been (I’m talking painful marble sized cysts that would take months to resolve and left bright red scars). Once my period returned, it would only show up every 2-4 months!

One night I had intensely painful cramping, to the point of vomiting and almost passing out. A good friend hauled me to the emergency room and it turned out I’d had a ruptured ovarian cyst. But also seen on the ultrasound was other “smaller cysts.” A light bulb went off — I might have PCOS or polycystic ovarian syndrome.

Let’s do a quick check in on the diagnostic criteria for PCOS:

1. Ovarian “Cysts” on Ultrasound. Really these are multiple immature follicles, NOT the type of cysts that rupture. A person with ovaries can have BOTH. Isn’t that fun?

2. Anovulatory cycles or cycles with more than 35 days between periods (oligomenorrhea).

Naturally, I made an appointment with my gynecologist.

Her answer? “You don’t look like someone who has PCOS, but if you want you can go back on the pill to regulate your periods. If you’re not trying to get pregnant, why does it matter if your periods are regular?”

IT MATTERED BECAUSE I WANTED TO KNOW THAT MY BODY WASN’T BROKEN.

She explained that the pill might also help prevent future ruptured cysts. Mind you, she didn’t order labs.

Thankfully, I was on a rotation with a naturopath who worked with thousands of women every year who had hormone issues. He agreed to run the labs for me, and we found some interesting things, albeit nothing technically outside the ranges of “normal.” Sluggish thyroid, reactive hypoglycemia, high-normal DHT, high inflammation markers, and some stressed out adrenals.

While I knew it would take a while to correct these issues, I wanted to feel better sooner rather than later. Fatigue, insomnia and anxiety had been part of the picture for a while as well. I started on a low dose of thyroid medication, cyclical bioidentical progesterone therapy and then dug into anything I could read to help with all the other issues that needed support. The truth was- I worked hard and I played hard. I worked out hard, and I frequently restricted calories and had lots of rules around food.

The first thing that needed to shift was my mindset and my relationship with ME. Instead of perfectionism and self-punishment, I needed to start tuning in to what my body was trying to tell me and practicing some self love (setting boundaries, prioritizing sleep, not restricting calories).

Things started moving in the right direction within a couple months- periods coming closer to 40 days, smaller sized acne cysts. Then I started working on gut healing and detoxification support. Boy, that’s a long road & really doesn’t have an end in sight. We are constantly bombarded with toxins in the environment and there are so many things that can disrupt our gut health. While I’m not on nearly as intense a program as I was back then, I am mindful of the things in life that disrupt gut health and the other organs of detoxification.

No cystic acne in 5 years with the exception of a few weeks after needing antibiotics (hello, gut health!). I’ve had about 9 months of regular periods in 10 years, with a handful of cycles that had obvious signs of ovulation, confirmed by using the Fertility Awareness Method (FAM). Otherwise, I’ve been pregnant or breastfeeding for nearly 5 years, so irregular cycles aren’t a surprise to me.

I have been lucky- I was able to conceive naturally, although it took longer than I hoped both times. I know in my heart it would have taken much longer had I not been nourishing my body and soul for years beforehand. It also helped immensely to learn FAM- with 40+ day cycles, knowing YOUR body is priceless.

I have taken all the supplements. I have done keto diets, paleo diets, gluten free diets, plant based diets. I don’t diet now, although I have an understanding of how certain foods make me feel. I have done laser and micro-needling for my skin (with great results for scarring). I’ve gotten A LOT of acupuncture. I’ve meditated. I’ve learned so much and I still have a lot of self work to do.

Given how few signs and symptoms of PCOS I have remaining, I have to wonder, was it ever really PCOS? Was it a rebound of crazy hormones post birth control (dubbed Post Birth Control Syndrome)? Was it in part related to the sluggish thyroid? Will I ever know? Maybe not.

Here is what I know- at one time, I technically met the Rotterdam diagnostic criteria for PCOS. My periods and skin were a problem well before I took the pill. I have an aunt who was diagnosed with PCOS and had difficulty conceiving naturally. These point to a probable YES to PCOS. Now that I have made major lifestyle changes, done some deep healing and know my body’s red flags, I don’t think I’ll ever go back to where I was 10 years ago. I may never meet that diagnostic criteria again, and that’s ok with me.

I know so many patients who have had a similar journey. They have so many questions. They’ve been diagnosed with PCOS, then undiagnosed. They’ve read so many conflicting things, been brushed off by so many doctors, and are over it. They want answers. I’ll tell you this- there is no one sized fits all treatment for PCOS- but there is so much that can be improved when you get to the root causes.

If you are struggling with PCOS, I hope you find the answers you deserve!

Sorry, the comment form is closed at this time.